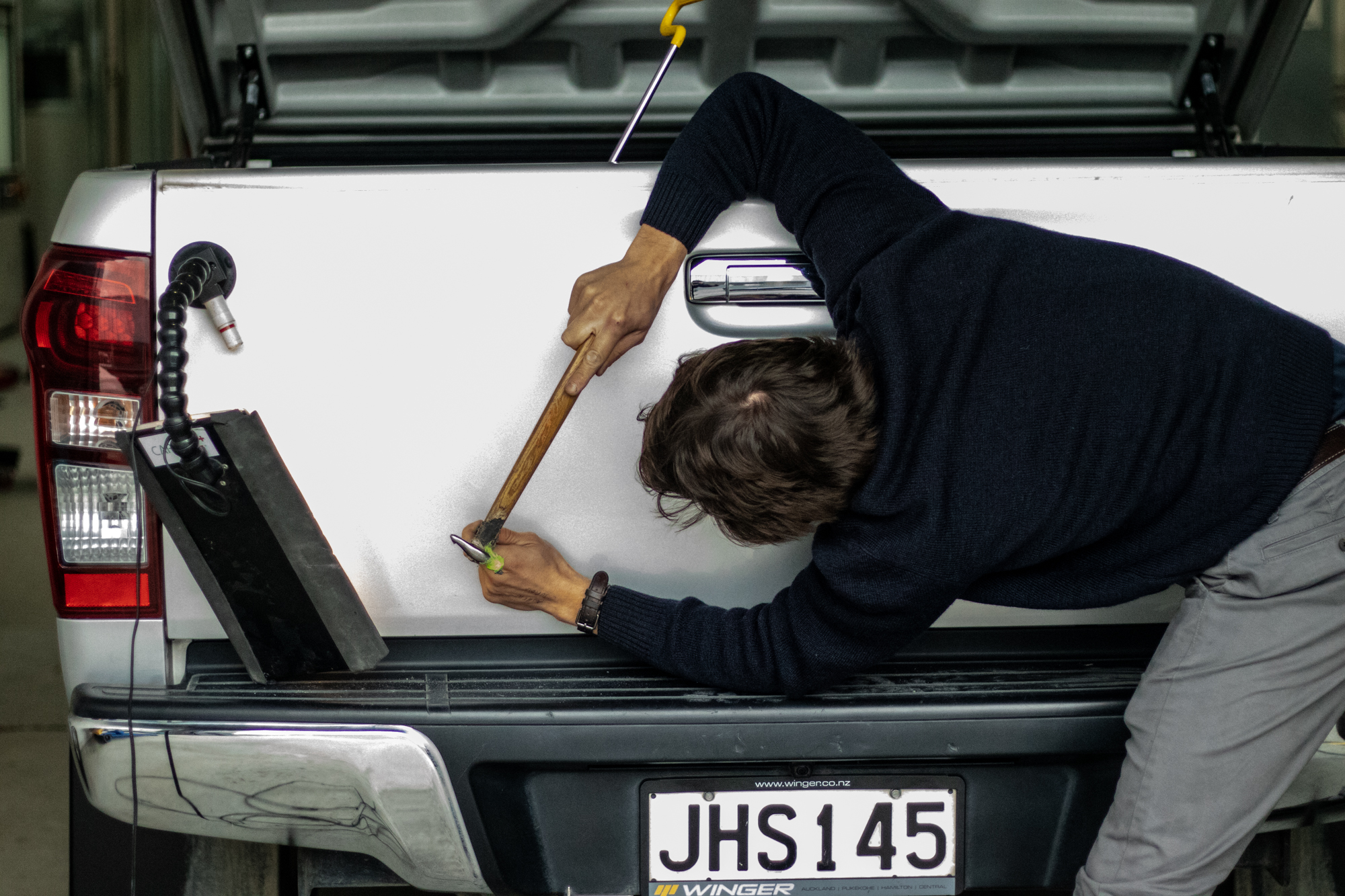 Our specially designed equipment allows for premium dent repair, without damaging the paint!

Gone are the days of shoddy dent repairs. Our specially designed tools allow perfect precision to relieve the pressure of the dent, restructuring the metal to its original state. This simple technique is a cost-effective solution that works twice as fast as traditional methods and takes the fuss out of small to medium sized dents.

Hail damage, parking dents, door dings; the removal of these small dents can be done without repainting the part. SRS has a team of technicians who are specialized in this technique called Paintless dent removal (PDR). The dent is removed without effecting the original paint.

Many dents can be removed completely in a relatively short period period of time and extremely cost effective. Other dents are possible to improve them to the point where they are far less noticeable meaning you can avoid the cost of repainting the panel. 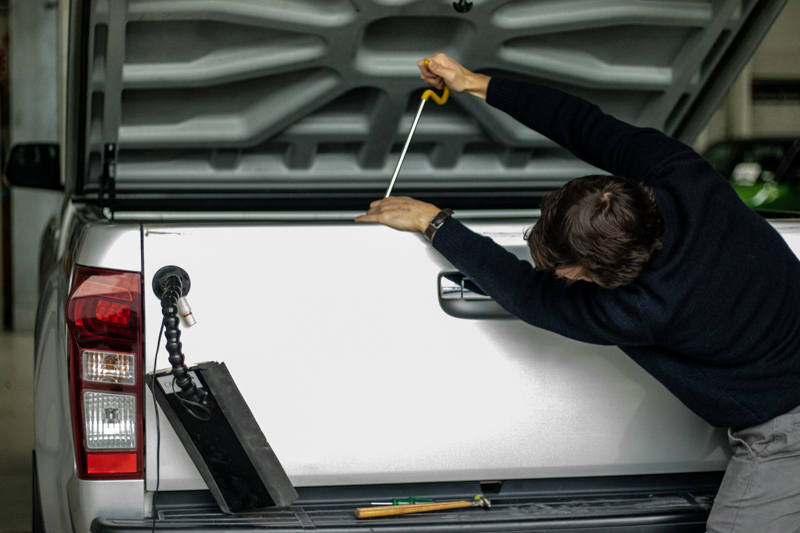 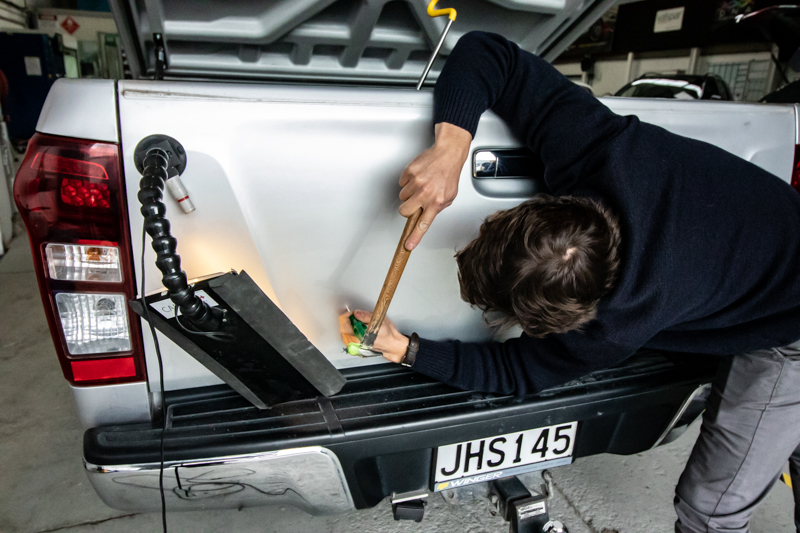 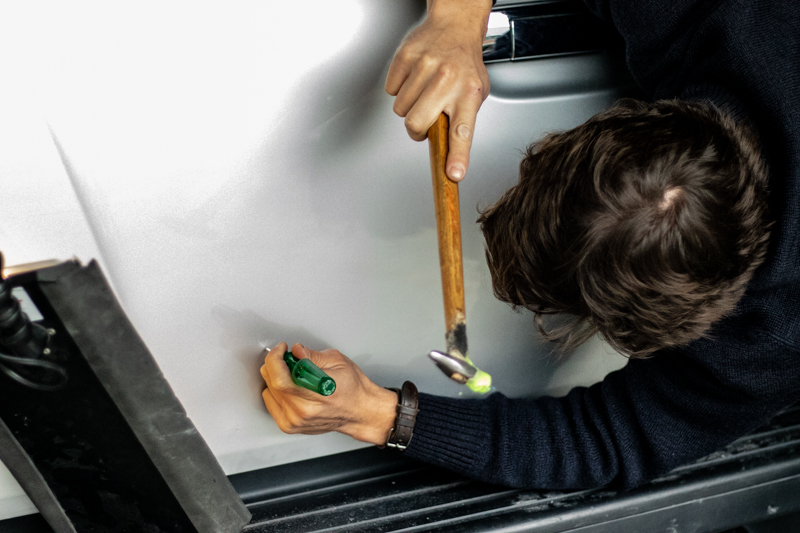